A strong, strong desire for banoffee pie led me to make this delicious desert a couple of weeks ago. Unfortunately we didn't think through that we didn't have anyone else to eat it. I had to take drastic action 3 days later after I consumed it for both breakfast and pudding and concluded that it might be sensible to put the remainder in the bin. There was still half left and my pants already felt tighter than they should've. So note to self - next time, halve the recipe if just making it for self and husband. Or better still, invite family and friends round to come and help eat it!!

Banoffee Pie: a recipe by me

A packet of gingernuts - smash them up. Probably best done in a food processor but I loved hitting them with a wooden spoon. Very therapeutic.
100gm butter, melted
A can of condensed milk caramel (I bought mine as caramel but you can boil a can of condensed milk for 2 - 3 hours to create your own caramel)
A few bananas, sliced (TIP: squeeze lemon juice over the slices so they don't turn brown as quickly)
Whipped cream

1. Smash your gingernuts up in your desired fashion. I should've made mine finer but it still worked a bit chunky. 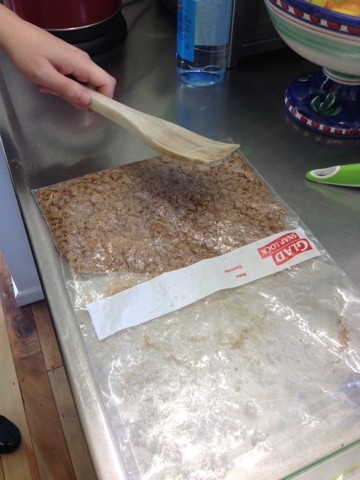 2. Add the melted butter to the crumbs and mix. Press into your desired serving vessel and chill in the fridge for at least half an hour. 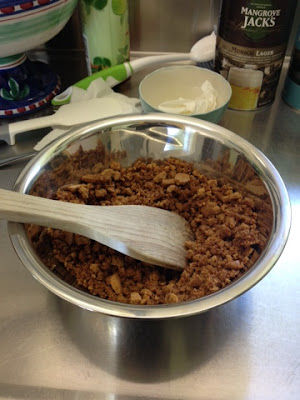 3. Spoon over the caramel. 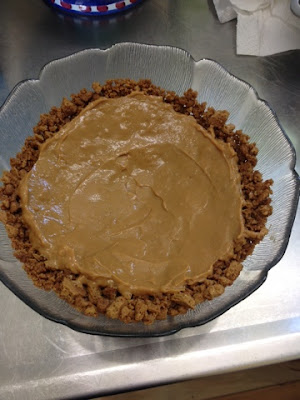 4. Add the sliced bananas, as artfully or not as you like. Squeeze the lemon juice over the top if using. 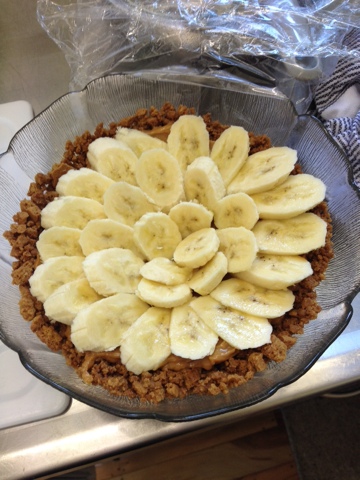 5. Whip the cream and plop on top of the bananas. Chill in the fridge until ready to serve.
Posted by Unknown at 10:20