These banana muffins came to life via a much needed clean out of my freezer. The bunch of nearly black bananas had been taking up my important ice cream space for too long and it was time for them to go. Banana muffins, a much favoured baked good of my husband, seemed a good plan. I had a look at an all time favourite recipe website (allrecipes.com) and found these Banana Crumb Muffins which had over 8000 reviews (phew!) most of them glowing. They looked easy and I had all the ingredients on hand which isn't always usual. They were a huge hit and Blair loved them. He took half a dozen to work to share and reported back that they went down well. I took the rest to work and they seemed well received too. The only problem with this recipe is that the streusel topping is only crunchy for the first day, then it softens significantly. They're still delicious but textually it's quite different after the first day.


Banana Crumb Muffins - a recipe by allrecipes.com but tweaked (of course) by me

2. In a large bowl mix together the dry ingredients.

3. In another bowl beat together the mashed banana, sugar, egg, vanilla, cinnamon, nutmeg and melted butter or oil.

4. Mix the wet ingredients into the dry ingredients until just combined. Spoon into the prepared cases or tins.

5. In a small bowl mix together the sugar, flour, oats (if using) and spices. Cut in the butter until the mixture resembles breadcrumbs. Sprinkle the topping evenly over the muffins.

6. Bake for 18 - 20 minutes until a toothpick inserted comes out clean. 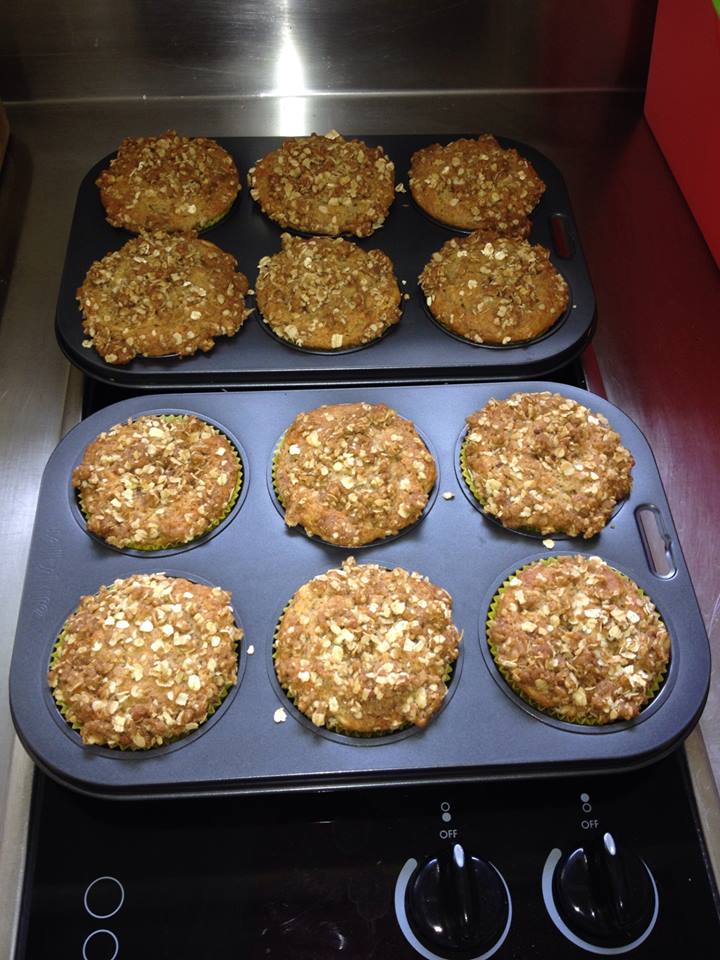